Understanding the Basics of Alimony in Massachusetts

Alimony is defined as “the payment of support from a spouse, who has the ability to pay, to a spouse in need of support for a reasonable length of time,” (Mass. Gen. Laws Ch. 208 § 48) and is “grounded in the recipient spouse's need for support and the supporting spouse's ability to pay,” Gottsegen v. Gottsegen, 397 Mass. 617, 624 (1986). The purpose of alimony is for both spouses to be able to maintain the marital lifestyle as equitably and fairly as possible. In 2011, Massachusetts passed the Alimony Reform Act which outlined four (4) different types of alimony and provided new guidelines for determining the type, amount, and duration of alimony.

General Term Alimony is defined as “the periodic payment of support to a recipient spouse who is economically dependent,” (Mass. Gen. Laws Ch. 208 §48). This is the default and most common type of alimony in Massachusetts. General term alimony terminates on the re-marriage of the recipient spouse, attainment of full retirement age by the payor spouse, or death of either party. Cohabitation of a recipient spouse under circumstances that create a “common household” for a continuous period of at least three months can also be a cause for alimony to be suspended, reduced, or terminated.

Rehabilitative Alimony is “the periodic payment of support to a recipient spouse who is expected to be economically self-sufficient by a predicted time, such as, without limitation, reemployment, completion of job training, or receipt of a sum due from the payor spouse under a Judgment,” (Mass. Gen. Laws Ch. 208 § 48). Unless modified, rehabilitative alimony is generally payable for a maximum of five years. The idea behind this form of alimony is that the recipient spouse is not self-sufficient at the time of the divorce, but would be with some assistance while they re-enter the workforce. For example, if the payee spouse is unemployed at the time of the divorce but has the necessary job training and experience to obtain new employment which would put them in a position to be economically self-sufficient.

Transitional Alimony is defined as “the periodic or one-time payment of support to a recipient spouse after marriage of not more than 5 years to transition the recipient spouse to an adjusted lifestyle or location as a result of the divorce,” (Mass. Gen. Laws Ch. 208 § 48). Payments of transitional alimony terminate on death or no later than three years from the date of divorce.

How Alimony is Determined

Prior to the passage of the Alimony Reform Act of 2011 the Court had to consider the factors set forth in Mass. Gen. Laws Ch. 208 §34 in determining alimony, which gave them nearly limitless discretion for awarding an amount.  The passage of the Act effectively eliminated determination of alimony based on Section 34 factors and set forth a new list of factors to consider in Mass. Gen. Laws Ch. 208 §53.  Section 53 provides that a Probate and Family Court judge must consider the following when determining the form of alimony and its duration:

When determining the duration of General Term Alimony, the Court may deviate from the limits set forth in the statute if they are able to make written findings that deviation is “required in the interests of justice,” Holmes v. Holmes, 467 Mass. 653, 658 (2014). There are several grounds provided in Mass. Gen. Laws Ch. 208 §53(e) for the Court to enter written findings that a deviation is necessary, however, the following are the presumptive maximum limits for the duration of alimony for marriages of twenty years or less:

Alimony is almost always one of the more complex issues in a divorce. If you would like to discuss alimony with an attorney, please reach out to schedule a free consultation

Use this link to schedule a call with one of our attorneys. 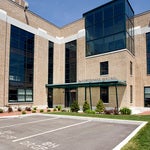