What was supposed to be a fun night out at a haunted house ended up as a stabbing investigation at Nashville Nightmare Haunted House after an unknown person in costume gave a guest a real knife and told her to stab her friend. Tawyna Greenfield reasonably thought it was a fake knife, but when she noticed the huge gash that went completely through her friend's forearm, and blood spouting from the wound, she realized it was a cruel hoax.

Few would blame Greenfield. They had already gone through a portion of the haunted house where they had been chased with chainsaws and surrounded by people holding weapons which all seemed to be fake and in good fun. Prior to entering the attraction, guests had to go through a metal detector, and who would have thought that an employee would hand her a real knife??

But, that seems to be just the case. The employee that handed Greenfield the thought-to-be prop told her to stab her friend. After she had stabbed him, the employee ran away, yelling, "ha, ha gotcha." Reportedly, the employee later claimed that he was "unaware that his knife was that sharp."

Not the Sharpest Knife in the Drawer

Nashville Nightmare is likely free from any criminal charges, there is potential they could face civil lawsuits. Under the concept of respondeat superior, employers can be held liable for the bad acts of their employees, or if the company was careless in the hiring of this employee. After all, what kind of person hands somebody a knife and encourages them to stab someone, and then responds by saying they didn't know their knife was that sharp? Evidently, this employee does not seem to be the sharpest knife in the drawer.

Thank you for contacting us. We will get back to you shortly.

Please complete all required fields below. 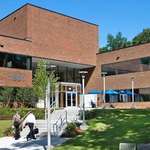 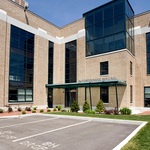